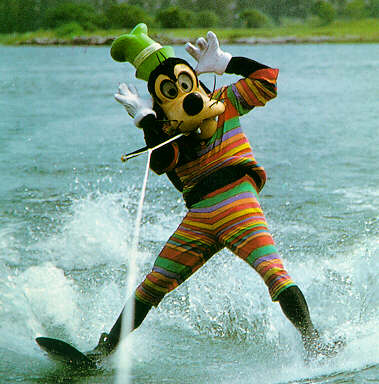 Once upon a time, buy viagra Walt Disney World had water skiing Disney characters greeting guests outside Magic Kingdom arriving on the Ferry and resort boats.

One of my fondest memories of vacationing at Disney World was seeing Goofy water ski.  Of course, this was many years ago. I saw Goofy skiing in Bay Lake while I was sitting on the beach at River Country, Disney World’s first water park located next to Ft. Wilderness Campgrounds across from what used to be Discovery Island.

Whenever we vacationed at Disney, we always spent a glorious day relaxing and playing at River Country.  One day, without warning, Goofy went skiing by, hanging on for dear life.  Since it was so fast and unexpected, I wasn’t quite sure that I really saw him.  Thank goodness he came back around so I could really enjoy it. I didn’t realize the characters skied, so it was a complete surprise.  One of the things I like most about Disney is you’re always surprised no matter how many times you visit. 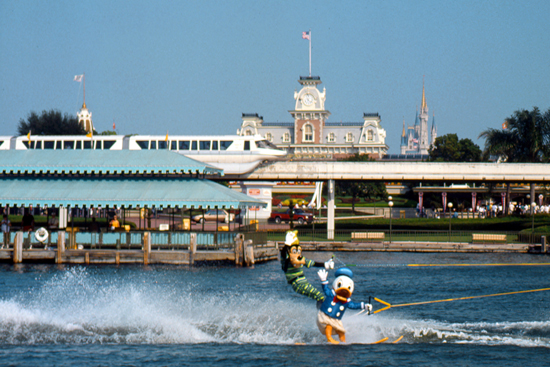 For several years, roughly 1980’s and 1990’s, water skiing Disney characters like Goofy, Donald Duck, Pinocchio, and others skied around Seven Seas Lagoon and Bay Lake.  Guests on the Ferry Boats traveling to Magic Kingdom or on resort transportation boats would be greeted and entertained by the comical skiers.