It’s 1975 and you’re vacationing at Walt Disney World.  It’s a beautiful evening and time to choose another special place to dine.

At this time Disney World had just one theme park – Magic Kingdom, and three resorts – Contemporary, Polynesian Village and Ft. Wilderness Campgrounds.  The lesser-known Golf Resort was open as well but because of its out-of-the-way location was rarely included with the other hotels.

Choosing a place for dining at 1975 Disney World resorts was just as overwhelming as it is today. So many delicious and fun-themed places to dine.   One of my personal favorites was dining in the Grand Canyon Concourse in the Contemporary Resort.  What great fun sitting there eating while watching the different colored monorails glide through the tower and occasionally be visited by a Disney character. Much like it is today. If you preferred a more elegant setting, there was French dining at the Towers, on the 2nd floor of the Contemporary. 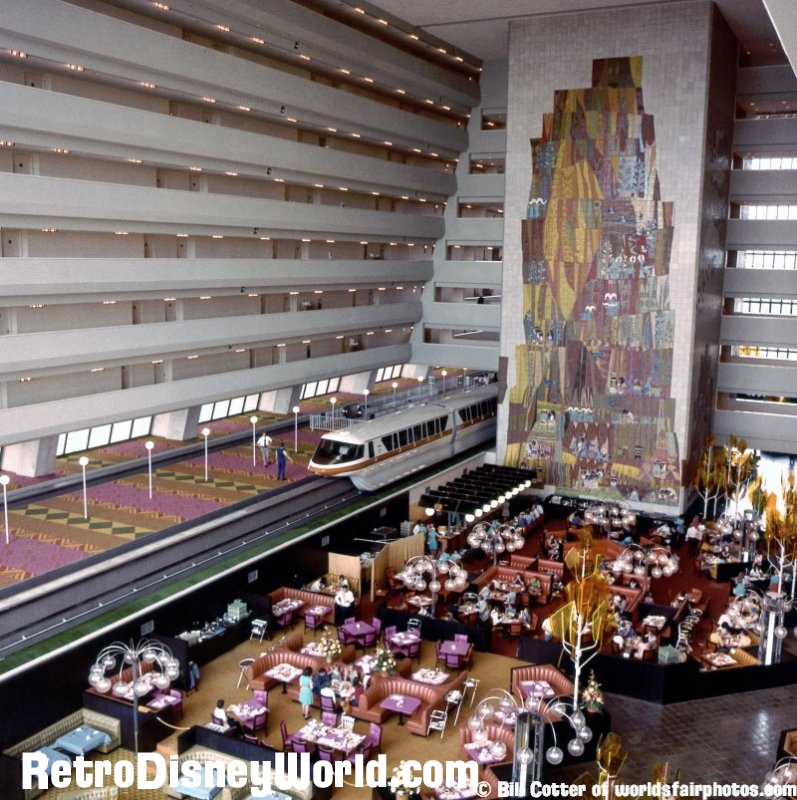 Even in its beginning, Disney World had great food and entertainment.  Upstairs on the top floor of the Contemporary was the Top of the World dinner show (with a dance floor) and the best view in the “World.”  The 15th floor was all glass and looked out at Seven Seas Lagoon, Polynesian Village Resort and Magic Kingdom.  A view of evening fireworks was the cherry on top!  The show featured well-known entertainers of the time like The King Sisters, Mel Torme, and Phyllis McGuire.  (If you know these entertainers, you’re well over 21!)  Gentlemen were required to wear coats to dine here and, oh beware, there was a $5 cover charge. 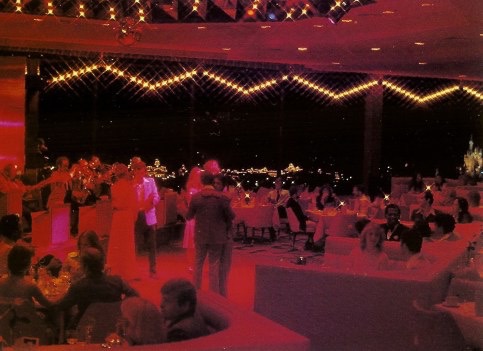 Top of the World at Contemporary Resort

If the flavors and excitement of the South Seas called to you then dining at the Polynesian’s Papeete Bay Verandah was a good choice. An even more exotic choice was the South Seas Luaus on the Polynesian Village beach.  It included a sunset, cocktails, dinner and the Kaui Pono Polynesian Revue show topped off by Fantasy in the Sky fireworks.  The cost – $10 per person. 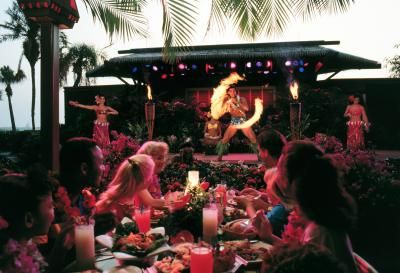 The other Disney dinner show was at Ft. Wilderness Campgrounds at Pioneer Hall – the Hoop Dee Doo Musical Revue.  It holds the record of the longest running dinner show in American history.  Buckets of fried chicken and ribs with all the fixins’ was served along with a fun, high energy, interactive musical show.  It’s still going strong today!  I saw it again last year and it’s still a great evening. 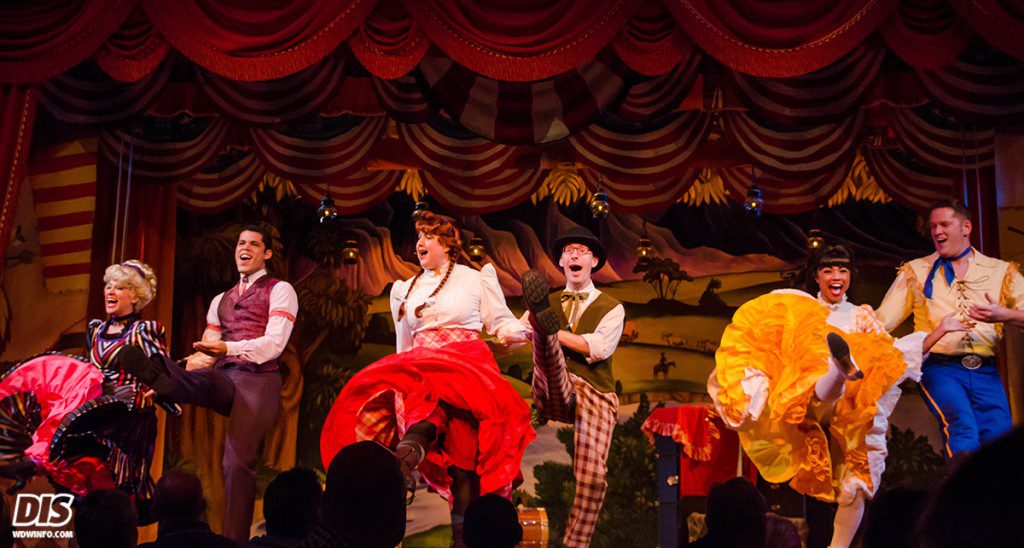 Hope you enjoyed my visit back to dining at 1975 Disney World resorts.  I’ve been to them all and every one was a wonderful experience.  There’s no way I could choose a favorite.  Which one would you choose?