Jungle Cruise at Walt Disney World’s Magic Kingdom is a long-time favorite of park visitors. A couple of years ago, viagra canada medicine they began to convert the regular cruise into the “Jingle Cruise” for the holiday season. It’s back again this year; and it begins today! 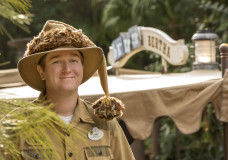 Jingle Cruise is themed as if the Skippers are homesick for the holidays so they decide to decorate the attraction queue and boathouse with homemade decoration, cheap gifts and items from back home. Boats have been renamed with holiday names and the Skippers are loaded with seasonal jokes for the ride.

Jungle Cruise lovers will have even more to look forward to this season. A new restaurant called “Jungle Skipper Canteen” is set to open in Adventurel 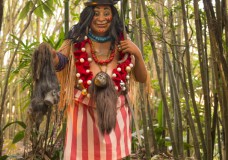 and later this year. Guests will be able to experience “World Famous Jungle Cuisine” in one of several unique dining rooms such as a crew mess hall and a once- hidden secret meeting room of the famed Society of Explorers and Adventurers.