It might be in the 80’s at Walt Disney World, viagra usa illness but it’s still going to be snowing at the Magic Kingdom beginning November 9th. The holidays officially begin at Disney with the first Mickey’s Very Merry Christmas Party of the season. 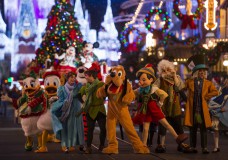