Such a grand memory I have of sitting in the audience for the first time with my 3D glasses on and watching one of my all time favorites, Michael Jackson, slowly rising on the screen in his all white captain’s suit – larger than life as if I could reach out and touch him…Captain EO.

The music and precision dancing were incredible. The message of “we are here to change the world” (transforming it with Love) is still relevant today. It’s almost impossible for me to stay in the seat and not jump up and start dancing every time I see it. 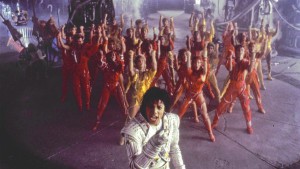 This is actually the second time Captain EO has been replaced. In 1994 after running 8 years, it was replaced by “Honey, I Shrunk the Audience” with Rick Moranis and Eric Idle. After the death of Michael in 2009, Disney officials brought back the popular show as “Captain EO Tribute.”

So, what will we be seeing now? — a new 4D show called “Disney & Pixar Short Film Festival.” According to the Disney Parks Blog it “will include a look into the visionary minds behind some of the world’s most iconic animated films today.”

They are saying that we will enter the imaginative worlds of three animated shorts which will burst to life on the big screen (and in the theatre) like never before.
,
Although I love seeing new things, I shall miss the magic, precision and outstanding messages that Michael brought to us as Captain EO. …goodbye to my personal favorite.