Movies Countdown to the Force Awakens!

Countdown to the Force Awakens!

If you have been following Star Wars media for the last year, best viagra pilule you probably realize that the Force has already awakened! It’s the Force of the fans obsessed with Star Wars and breathlessly awaiting for the new Star Wars movie debuting in four days!

The Star Wars obsession spans generations. The “oldies, buy cialis online ” like me, viagra were a part of the original Star

Wars movie craze in 1977. As our children came along, we shared our passion for the galaxy far, far away. And now, our children’s children are just as hooked. My fascination has remained strong for decades and I’m anxiously awaiting this Friday.  I have my Star Wars shirt and I’m counting down the time!

The part I love the most about the Star Wars phenomenon is that families of all generations can share the anticipation, speculations and, most of all, the movie experience.

As any Star Wars fan knows, we have very little information about the movie, especially the storyline. For that reason, fans’ speculation has gone wild. For instance, USA Today recently reported “The 7 craziest ‘Star Wars: The Force Awakens’ fan theories.” Here’s a look. 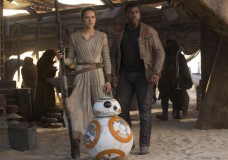 What do YOU think … any speculations? From the beginning I have been concerned that Luke Skywalker was “missing.”  And I must admit, I’m one of those whose concerned he might have turned to the Dark Side.  Hopefully, I’m going to laugh at myself for being so wrong after I see the movie!  No matter what happens or how the Force awakens, it’ll be an exciting time with the family and the other Star Wars “crazies.”