Disney’s largest castle opening at Shanghai Disneyland June 16th. Each park that Disney creates is unique to that area and generally includes variations on familiar favorites from other parks as well as brand new experiences. 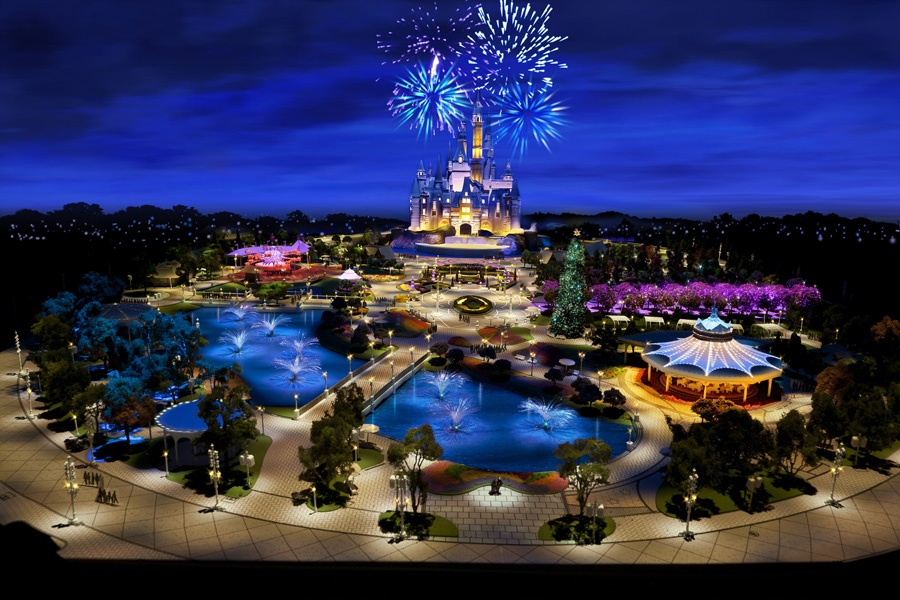 The unique features of Shanghai Disneyland begin with its main focal point – the castle. Enchanted Storybook Castle will be multi-level and the largest of the Disney castles standing 196.8 feet high. What makes it so unique is that it will not be dedicated to any specific Disney princess but rather representative of all the princesses. Other special attractions include a large-scale walkthrough experience and a boat ride that will travel through the castle. It’s sure to be a big hit!

The boat ride through the castle is what caught my eye. According to Shanghai Disneyland website… “Deep beneath Enchanted Storybook Castle, cialis generic seek a waterfront excursion awaits those thirsty for adventure! Journey to Voyage to the Crystal Grotto, a spectacular cavern where the tales of Aladdin, Ariel, Belle, Rapunzel, Mulan and the Sorcerer’s Apprentice come alive in a dazzling display of music, light and wonder!”

Besides the theme park, there will be Disneytown and Wishing Star Park. They describe the park as “a tranquil escape to the banks of a glimmering body of water where rest, relaxation and activities for the entire family await your arrival.”

I’m packing my bags and I’m ready to go to the next grand Disney adventure – Shanghai Disneyland! How about you?

For more details go to https://www.shanghaidisneyresort.com