The ever-popular Jungle Cruise is one of the original Walt Disney attractions.  He’s pictured here reviewing the Disneyland attraction.  I’m glad to say it hasn’t significantly changed from the original ride through the jungles. 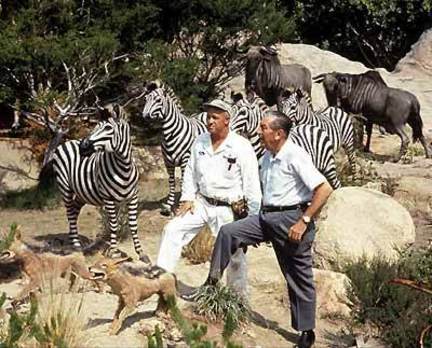 Everything Disney does has a backstory, loads of details, and hidden jokes.  And the Jungle Cruise is no exception.  The setting for Walt Disney World’s Jungle Cruise is set at a depression era British outpost on the Amazon River.  It’s operated by a fictional company called The Jungle Navigation Co.  (Check out their advertisement poster painted on the wall near the exit.)

The queue of the Jungle Cruise is meant to resemble an outpost where a booking may be made to explore jungle rivers like the Amazon, Congo, Nile and Mekong.  There are tons of great items to see while waiting in line.  It’s fun to check out the many themed artifacts, gear, tools, and photos throughout the queue.  The office of Albert Awol is the most notable section, so make sure you see it. 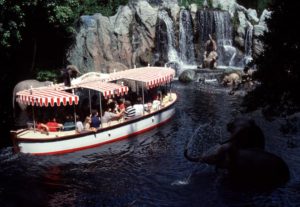 As the boats approach the dock for pickup, you’ll see some interesting boat names like Amazon Annie, Bongo Connie, Irrawaddy Irma, Wamba Wanda and several others.  Since the Humphrey Bogart movie “The African Queen” was inspiration for the ride, the boats may look a little familiar.

In the beginning, the boats were relatively pristine looking.  But mid-1990’s the boats were changed to reflect a more rugged appearance that better fit the adventure theme of the ride.

Side note:  There’s a piece of a downed airplane that can be seen near the Hippo Pool at the shoreline. It happens to be the back half of the airplane used in the Casablanca scene on The Great Movie Ride at Disney’s Hollywood Studios.

It’s reported that when Disneyland was being planned, Walt wanted to use real live animals for the Jungle Cruise ride. Due to the success of his True-Life Adventure Films, he was determined to bring these wonders of nature to a place where guests could see them up close and share his admiration.  In the long-run, audio-animatronics proved to be a better solution.  I think Walt would be excited to see that his original concept for The Jungle Cruise was realized years later as the Kilimanjaro Safari at Disney’s Animal Kingdom. His dream of bringing live animal experiences to people finally came true. 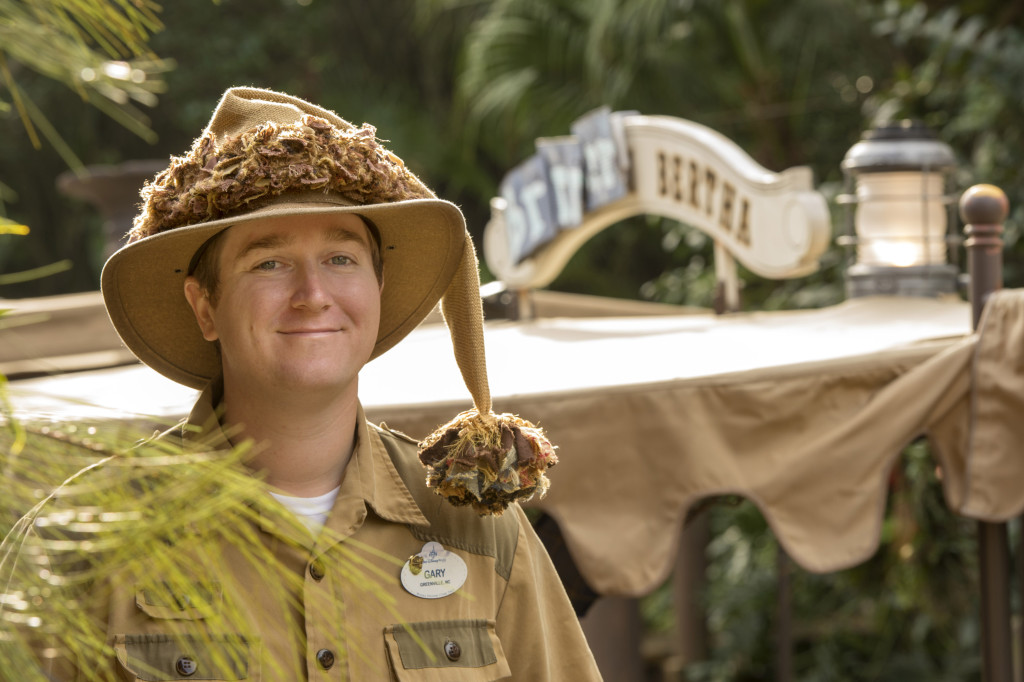 Jungle Cruise popularity remains high even though few changes have been made through the years.  In 2013 a fun change was made for the holiday season.  The outpost, boats and skippers were decorated for the season.  The special holiday “Jingle Cruise” came complete with seasonal jokes, holiday tunes and more.

Below is a video of a Jungle Cruise ride from early 2000’s with the best Skipper I’ve ever seen — Danger Bob!