Well, viagra buy store hello friends. I wanted to take a moment to do a cyber-handshake. My name is Sharon and I’m a Creative Director here at Funatics.  So happy to be putting out my first post and I’m looking forward to sharing a host of happy content with all of you fans of fun. I’m one of the resident Disney-heads here, discount viagra try so you can count on me for Disney World park tis, site sharing artwork, stories, videos and more. As a former Cast Member and uber fan, I have so many great things to send your way. I’m also happy to take questions at any time, so feel free to drop me a line! 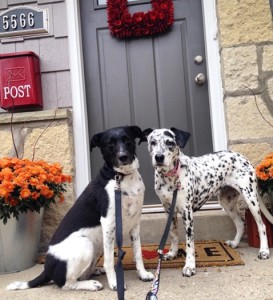 When I’m not dreaming of Disney, you can find me copywriting for advertising clients, illustrating and painting greeting cards and inspirational prints for my Etsy store (OkSilly, Ink.) and most definitely playing with my two beautiful pups – Pepper & Gracie. Yeah, I kinda love them a little bit.

So far you’ve learned that two of my great loves in life are Disney and dogs. So, what a great segue to talk about one of my faves — Pluto! If you ever get a chance to do a meet ‘n greet with this cuddly guy in the parks, do it. Best hug ever! So as part of my introduction today, I will share some Pluto facts you may or may not know about. 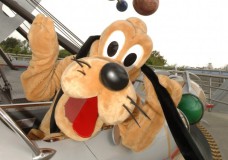 Well it’s great meeting all of you! Hope you enjoy a little piece of Pluto and I look forward to some serious Funatics fun ahead. But before I go, who’s your Disney fave? Which character melts your heart and why? Do share because we’d love to know.

Have fun out there!

About the author Sharon Sprague is a former Cast Member and self-proclaimed DSF (Disney Super Fan). Her Disney experience started in the early 90’s as a Ride & Show Attendant at Splash Mountain at the Magic Kingdom. After college, she was Cast as a Senior Copywriter for Group and Convention Marketing at Walt Disney World. She has worked for stage, advertising, theme park entertainment, broadcasting and more. Currently, she’s a Senior Creative for the Digital Innovation Group at UX Sears. She has a Bachelor’s degree in media studies and has also studied musical theatre performance, cartoon illustration, and comedy writing at the famed institution, The Second City. Sharon currently lives in Chicago and has two dogs – Pepper and Gracie. She visits Walt Disney World at least twice a year and dreams of being an Imagineer.
View all posts by Sharon →