Walt Disney and His Train

For several years, I heard about Walt Disney and his train.  Being the Disney FUNatic I am, I wanted to learn more about it.

Once I learned the story I realized it was much more than a “train.”  It was a significant part of Walt’s life, career and served as one of the catalyst for the creation of Disneyland.

From an early age, Walt was fascinated with trains and railroads. His uncle, Michael Martin, was a steam locomotive engineer. In his teen years in Marceline, Missouri, Walt worked on board the Atchison, Topeka, and Santa Fe Railway selling newspapers, soda, and candy to passengers. It’s no wonder that several years later (1950) he had his own working train in the backyard.

Walt’s  Carolwood Pacific Railroad was a 1/8th scale live steam train that ran on a half mile track round the yard. He named his train “Lilly Belle” in honor of his wife Lillian. The train was large enough for engineer Walt to ride on the tender.  He loved taking his daughters and their friends for rides. 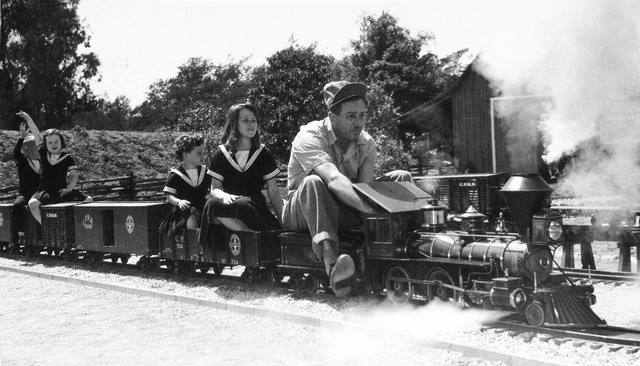 The Carolwood Pacific Railroad was fashioned after the Central Pacific Railroad’s steam locomotive #173.  Walt liked the appearance and proportions.  (photo from waltdisney.org)

One of the best parts was the train’s caboose.  Since the caboose was generally for riding the brakeman, Walt paid special attention to the interior details. He fabricated the caboose interior to even include miniature magazines and a cast iron pot-bellied stove.

All you have to do is look in the Disney Parks to know how important attention to details and backstories were to Walt.  His Carolwood Pacific Railroad had its on parking barn made to scale. Not only did he have a barn, his railroad track layout included a bridge, trestle and a tunnel! Is it no wonder that one of the first attractions in Disneyland was the railroad! 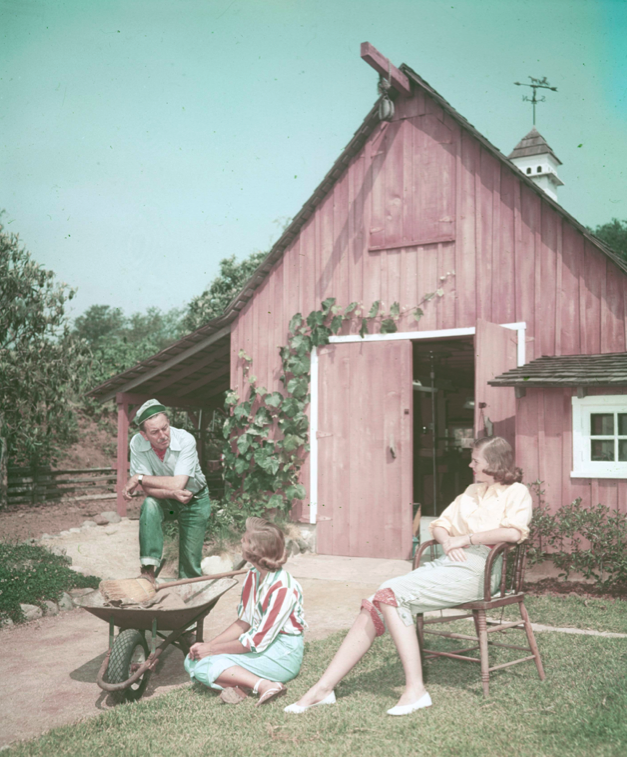 The barn was more than a parking facility for the train. (photo from waltdisney.org)  It also contained the railroad’s operations – a central control console with a fully functional signal system.  Walt spent countless hours working on and tinkering with his train.  It didn’t take long before Walt was riding his adult friends around on the Lilly Belle.  Soon the whole neighborhood was showing up in his backyard for train rides.  So, in a way, Walt had a “themed” park with a fun attraction that families could enjoy together!  Sound familiar? 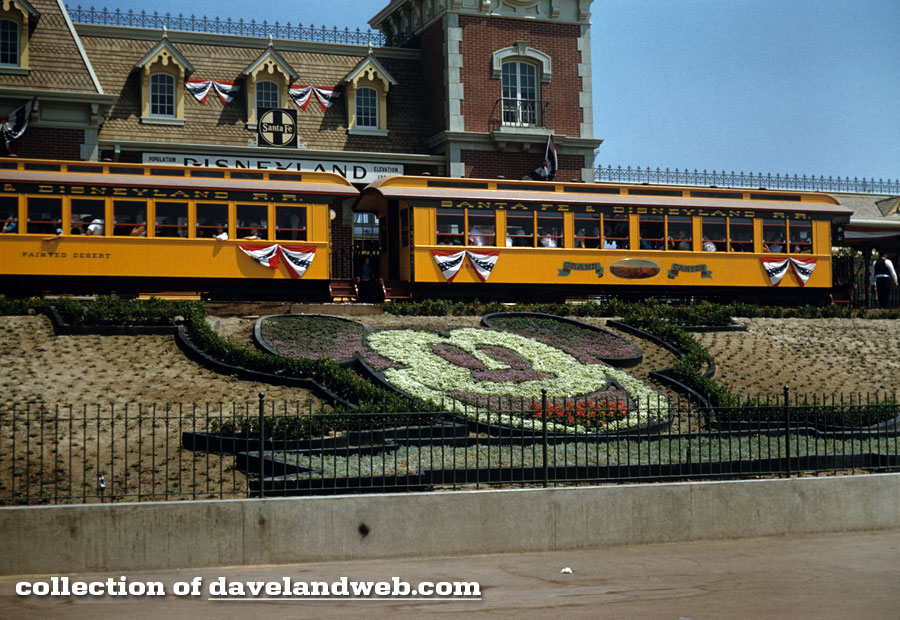 As you can see, Walt Disney and his train became legend.  It served as one of the catalysts that got him thinking about Disneyland.  According to Dave Smith, Director of Archives for The Walt Disney Company, “He (Walt) wanted a place where parents and children could have fun together, and this was happening in his backyard as he gave rides to his daughters and their friends.”  Thank you Uncle Walt and thank you Carolwood Pacific Railroad!