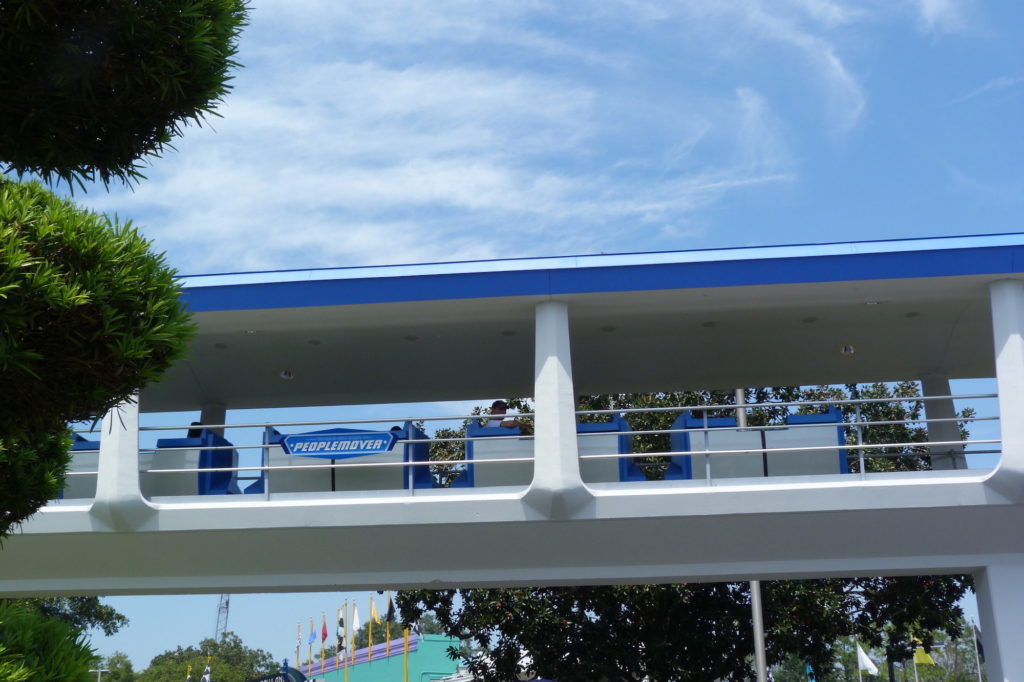 The original WEDway Peoplemover (named for Walter Elias Disney) will always hold a special place in my heart because it was my first ride on my first visit to Magic Kingdom in 1976.  Still to this day, I love sitting back and relaxing as it flows along.

I recommend all Park newcomers to ride the TTA Peoplemover first to get an overview of Tomorrowland.  The Peoplemover is a second-story ride you board at the Rocket Tower Plaza.  Along the 10 minute ride you weave around Tomorrowland with great views of Carousel of Progress, Tomorrowland Speedway, Buzz Lightyear’s Space Ranger Spin and more.  At one point you get a glance inside the Buzz Lightyear attraction and also a preview of the dark ride Space Mountain.

Let’s take a partial ride on the 2011 version of the Tomorrowland Transit Authority Peoplemover. It includes the slight swaying of the ride and actual sounds of the Park.  Note how “uncrowded” the Park is compared to more recent years. Enjoy!