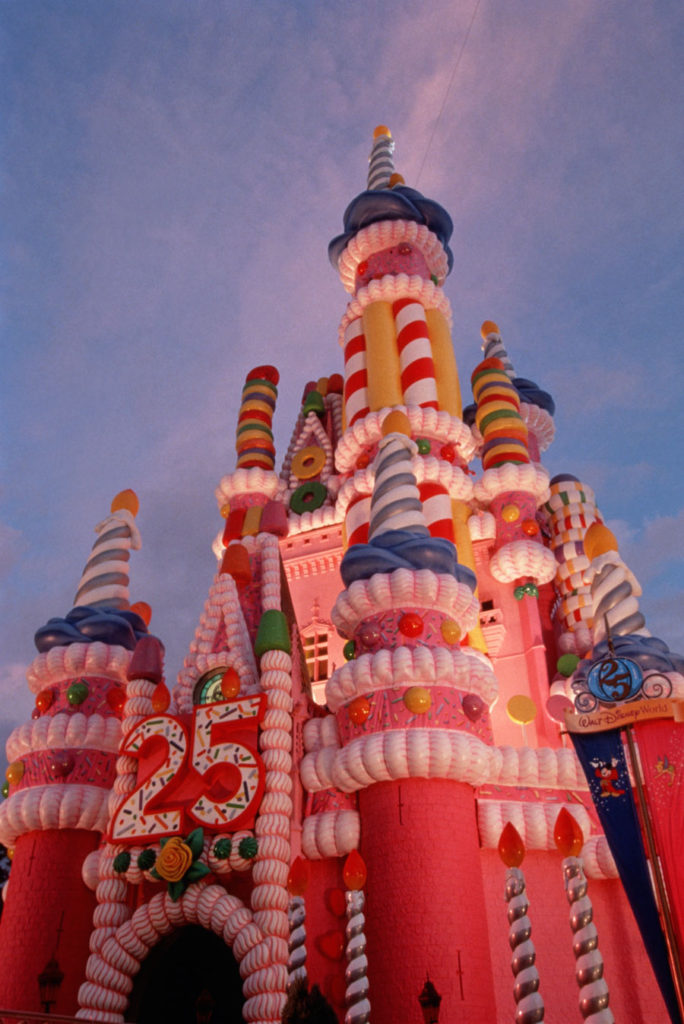 Not only was the castle painted bright pink, it had inflatable icing,  along with huge gumballs, lollipops, Life Savers, gum drops, red candy hearts, green candy stars and, of course, birthday candles!  They used more than 400 gallons of pink paint in three different shades.  Through the years, Cinderella’s Castle has been decorated in several different ways (cinderellas-castle-in-review/) but none as controversial as the birthday cake. 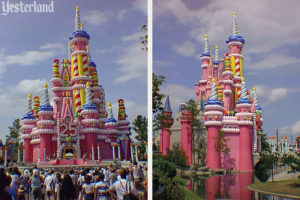 Guests visiting Magic Kingdom during those 15 months didn’t get to see Cinderella’s Castle – a major disappointment for many, especially first-timers. It was rumored that some couples even postponed or cancelled their Disney weddings until the return of the beloved icon.

On the other hand, the castle transformation was quite impressive and fun.  There’s no way that anyone who visited Magic Kingdom that celebration year will ever forget the giant pink birthday cake with larger-than-life decorations and inflated icing. 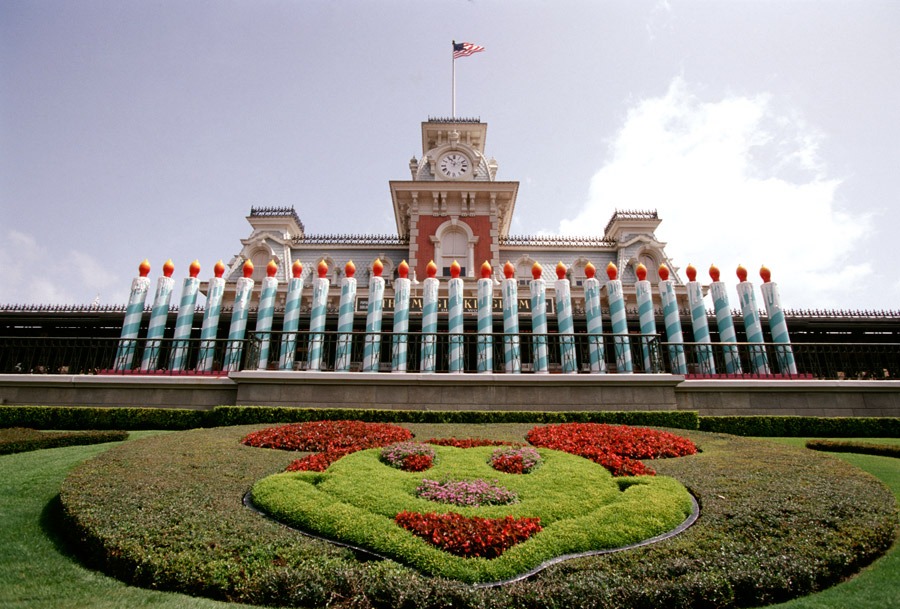 Not only was the birthday cake impressive, so were the 25th anniversary kickoff ceremonies. Roy E. Disney, CEO Michael Eisner and “first lady” Hillary Rodham Clinton were on hand to begin the 25th Anniversary festivities.