Once upon a time in a kingdom far, far away, there was a fun ride with the absolute best view of the Magic Kingdom at Walt Disney World.  The attraction was a gondola style “scenic aerial journey high over Magic Kingdom” called Skyway.  Let’s have some fun and take a stroll down memory lane and a 1990’s look at Magic Kingdom’s Skyway.

Until November 1999 the ride carried excited guests high above all the attractions and stretched from Fantasyland near It’s a Small World to Tomorrowland near Space Mountain.  You could go in either direction.  In the original version of Walt Disney World, Skyway required a “D” ticket or $.75!

Skyway covered quite a distance so you were able to float over or near all of Fantasyland and Tomorrowland.  (See Park map of 1992 from Yesterland.com below.) 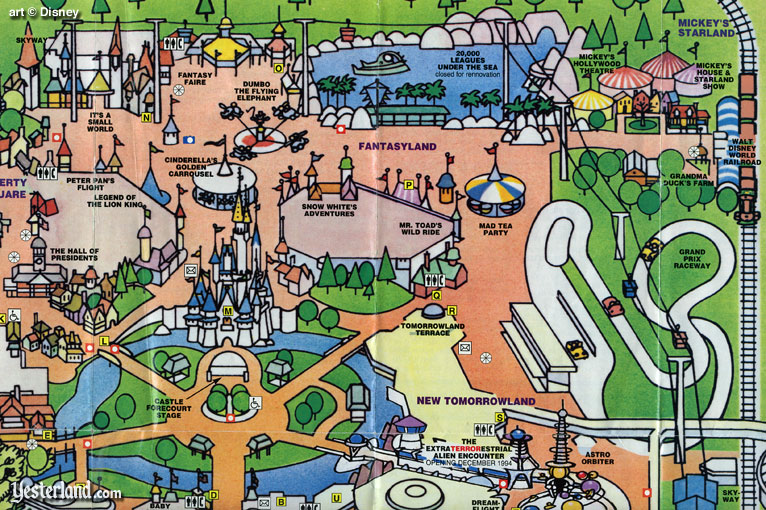 Even though the Skyway cables and towers were removed in 1999, both the Fantasyland and Tomorrowland stations remained for 10+ years.  The Fantasyland station was not removed until the “New” Fantasyland construction began. The photo below shows the remains of the station.  For years, every time I passed by I would look up and remember one of my favorite rides.  Aaahhhh

The station was located near the exit of It’s a Small World. With the exit on your right if you looked straight ahead, there used to be a hill with a winding walkway up to the Fantasyland Station.  Here’s a photo of the abandoned station area of 2009 and then what it looks like today since the addition of the New Fantasyland.  The transition is amazing! 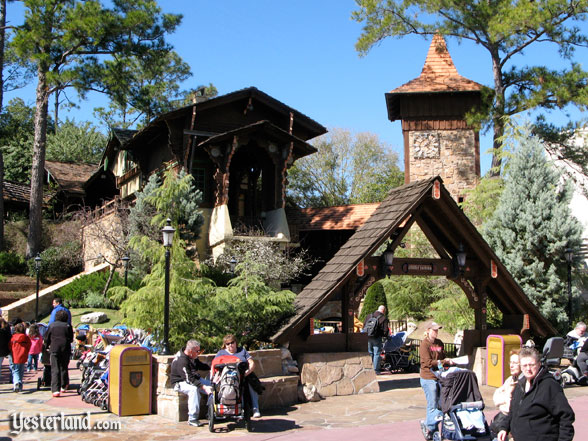 Following is the same area as it looks today.  The hill was flattened and the new entrance from Fantasyland to Liberty Square was created.  It’s a beautiful courtyard with Rapunzel’s tower and much needed large restrooms. 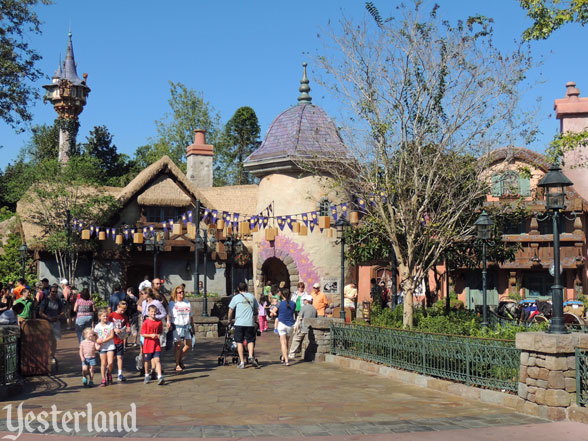 The two-story Skyway Tomorrowland station also stayed around another decade after the Skyway was discontinued.  Because restrooms were located on the bottom floor beneath the station, they only removed the top section (see below).  This is what the station looked like in 2009. 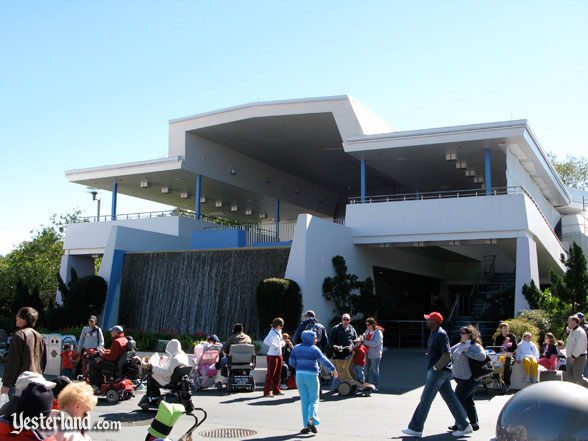 This is what it looks like today with the top story removed. 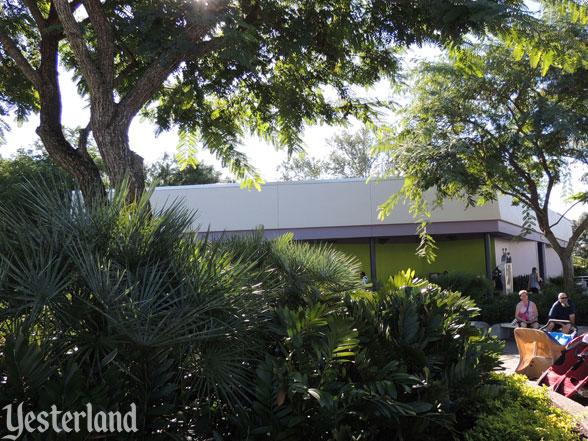 Thanks to so many people making videos and sharing them, we can take a ride with them on the Skyway of 1996. I guarantee you the differences in Fantasyland of the 1990’s and today are dramatic!  You’ll get a view of the former 20,000 Leagues Under the Sea area, the original Dumbo ride and, most importantly, a look at the “Birthday” Castle.  One of the biggest uh-oh Disney has made.  The castle was transformed into a big pink birthday cake in celebration of the Magic Kingdom’s 25th birthday (http://funaticstv.com/blog/cinderellas-castle-in-review/).  We had to live with it for 15 months.

Hope you enjoy your ride (below) and our 1990’s look at Magic Kingdom’s Skyway.

(photos by Yesterland and video by  asdTubeU)